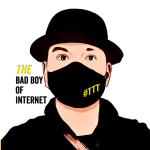 „What a pleasure to experience all the various Ninas. Sensual, sensual, super sensual. Dieterchen gets lead into a surreal bar and Nina’s voice embraces his heart, soft but with conviction.“
Dieter Meier (Yello)

„I have seen your videos. I find them extremely beautiful with an impeccable plasticity and a very good taste.“
Roberto Menescal

It was while writing and developing her one women Musical-Comedy Show „Auf dem Weg zum Gipfel“ that the actress and singer Nina Ernst came up with the concept of „A Diva’s Mind“.
Inspired by international Divas the likes of Sophia Loren, Carmen Miranda, Rosemary Clooney, Peggy Lee and Marlene Dietrich, Nina decided upon fourteen amazing classic songs associated to them, and the adventure began.
Nina hired Max Hughes to produce, arrange and orchestrate the music who together with Andreas Weiser as co-producer is mixing and completing the final touch.
Always respecting the original melody and drawing upon contemporary influences the music; at times hypnotic, atmospheric and evocative moves freely between rock, ambient, folk and jazz. Lush, punchy, and at times powerful these classic songs are delivered on an emotional haunting soundscape.
While working in São Paulo, Nina met the legendary Brazilian star-photographer/video artist Gal Oppido (for Vogue and others), and could inspire and engage him to film her videos.